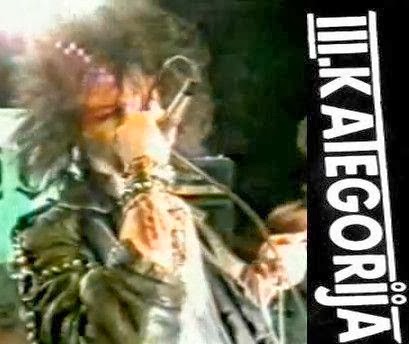 In the last few months or so Rest In Punk records have been putting out some 12”s featuring Slovenian hardcore bands. I've not yet got in contact with them and they don't have much of an internet presence but it seems Kuri from all three bands on this compilation is involved with the label, which is based in Spain. Apparently the original plan for this record was just that it would be a compilation of all the III. Kategorija recordings, made by two different lineups, but due to 'disagreements', the later, longer and more metal recordings don't feature here. They are replaced by Stres D.A. And Depresija, as all three bands featured guitarist/bassist Bucko and Kuri. In some ways this is good, because it means the record features previously unreleased songs by Depresija and gives a sort of chronological account, but on the other hand it makes hearing the later III. Kategorija stuff more difficult than I'd like. 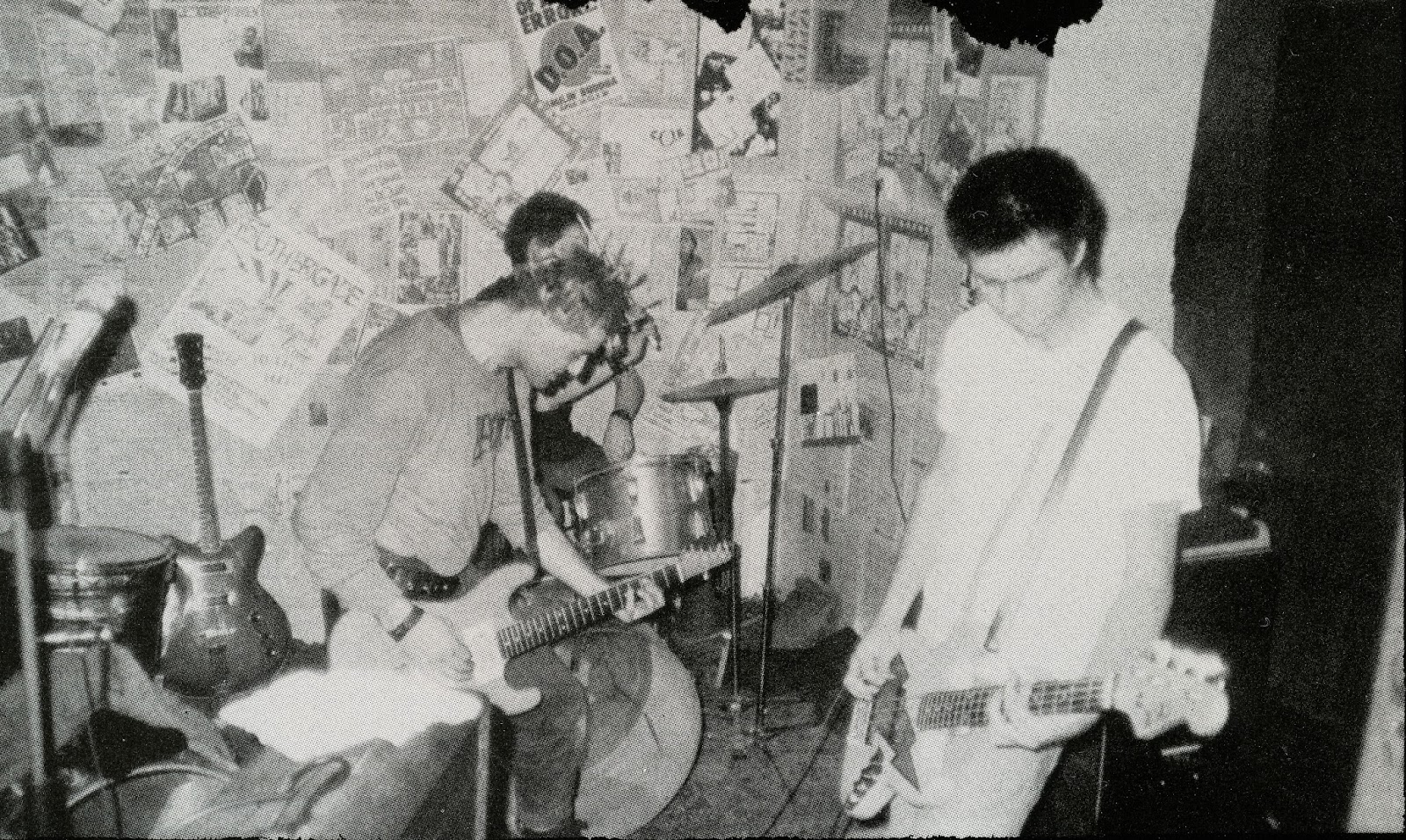 The only later songs that I've heard so far feature either on the Hardcore Ljubljana compilation- which has one 'metal' song as well as 5 songs from the first demo- and two tracks that are on a compilation from about ten years ago released by a Croatian label, which I've also included for download here. I'm waiting for a physical copy of that record in the post and will be writing about it/uploading all the songs from all the bands on it separately as well. I'm not sure if the metal songs were ever actually released at the time and both records still (I think) leave some other songs unaccounted for. If anyone reading this knows more about this stuff, has the songs or knows a way of hearing them, let me know.

'Manijak', the 'metal' song on Hardcore Ljubljana, also sounds, both in terms of production but also style, like it's from a completely different session to the other later songs, as kind of a bridging point between the hardcore stuff and the all out Motorhead metal. It's the better for it and might be my favourite song of all, the vocals especially sound totally savage. If their earlier stuff is like Discharge- 'Why?', 'Manijak' is 'State Violence, State Control', i.e. where the more prominent metal influences actually still seem like a great idea rather than the worst thing ever. 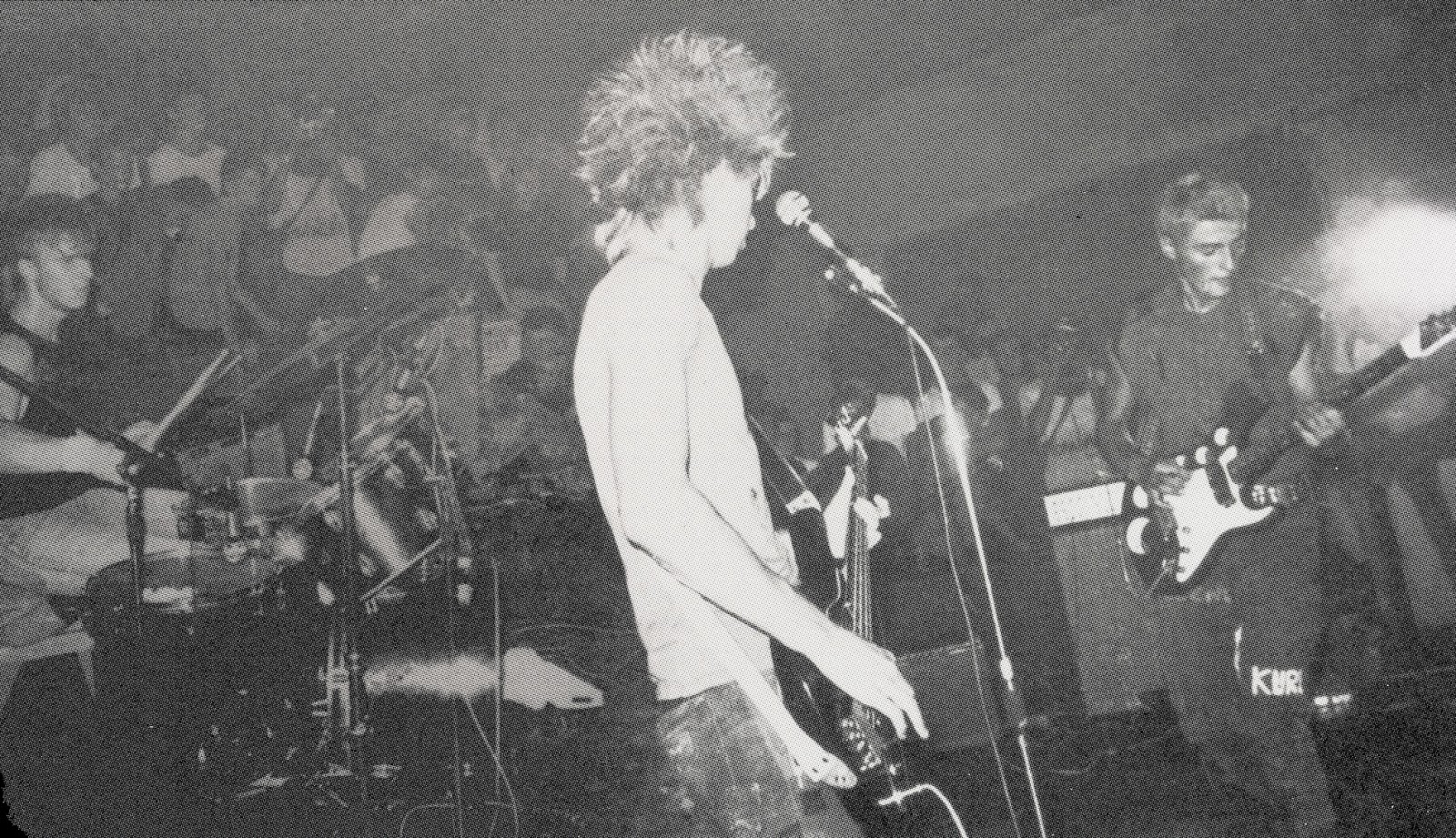 Perhaps the coolest thing about listening to this record is it gives you an idea of some of the ways in which hardcore in Slovenia developed. The first band, Stres D.A. (or Stres Držvnega Aparata, which i think translates to Stress State Apparatus) were formed at the end of 1982 and pretty much just played hardcore as fast as possible, with little to no variation on this formula. One of the few times they break with this is on second to last song 'Propadanje' which is probably my highlight. The primitive drums, basically just perform the function of dragging everything else along with them and the bass tone is totally awful. It's great. The recordings were all featured on the Kaj je Alternativa tape alongside songs by U.B.R. and Odpadki Civilizacije which was released in 1983. The songs were recorded in an 'improvised' studio in the basement of disco FV, the first alternative/punk club in Slovenia, and it kind of shows, but anything else wouldn't really feel right. Stres D.A. played three gigs in Ljubljana between August and November 1983, with the first one at the Faculty of Philosophy in Ljubljana. They played with UBR, Odpadki Civilizacije, KPJ, O'Pizda and Raf Punk from Italy (although I can't find anything online about Raf Punk so have no idea who they are). As with some other ex-Yugo bands, they had links with Italian punks, and they managed to play in Bologna. This link is something I'll definitely be looking into more as I hopefully meet some of the people involved. The band eventually split in early 1984, when their drummer Plešnar left to move to England. 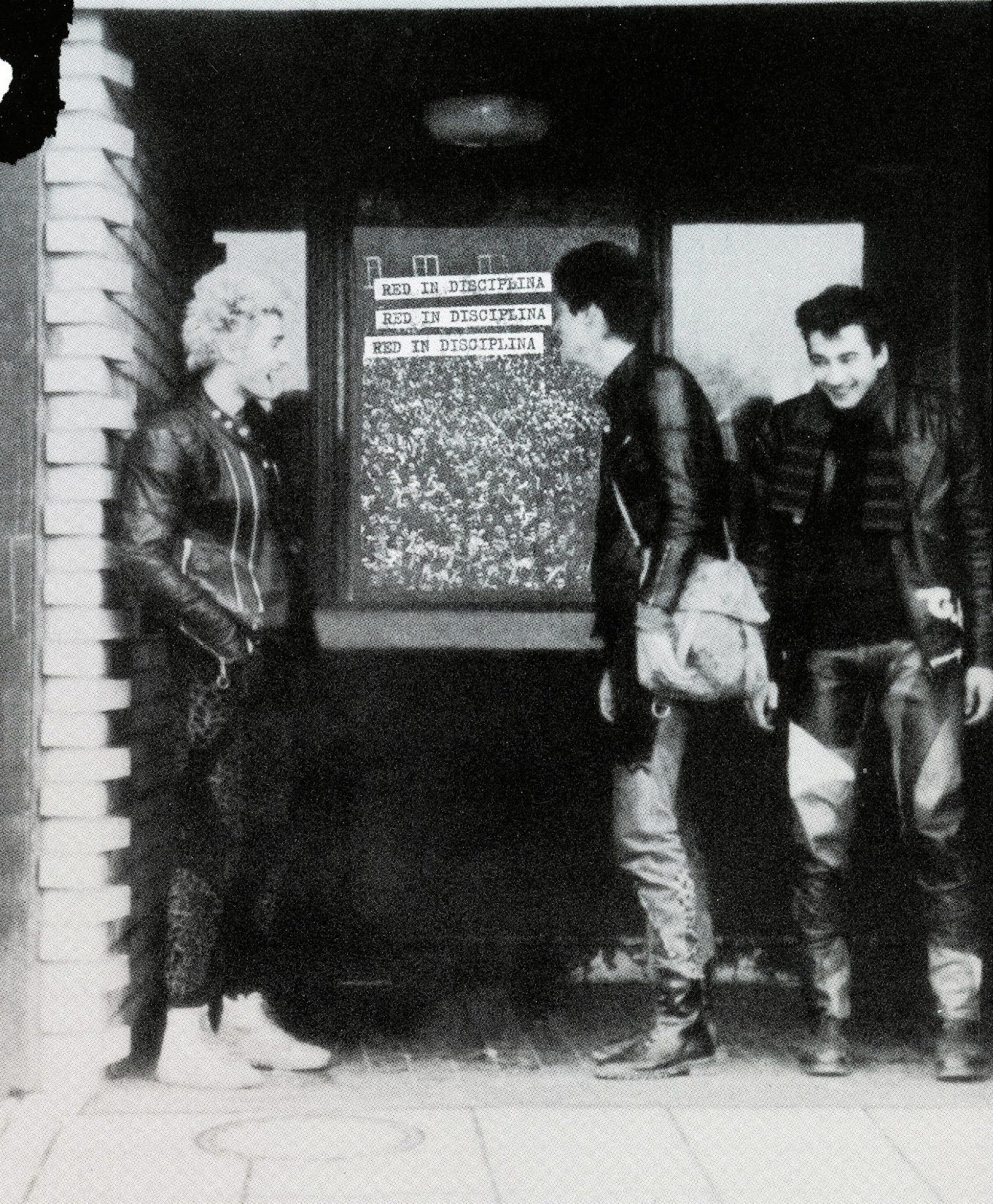 
Kuri and Bucko then formed Depresija (Depression) with a new drummer Rile, who later became better known as the guitarist for Quod Massacre and a new singer, Habič who also went onto more popular things when he left the band, as he joined Niet and recorded the bands first LP Srečna Mladina in 1984.

Quod Massacre in the early 90s.

The Depresija songs sound even more rudimentary than Stres D.A. and were recorded in the same place, directly to a tape recorder. The pace has slowed slightly but the overall style is pretty similar, with simple, frantic riffs contributing to the overall unhinged recording. One song has a vocal pattern that sounds a little bit like 'If the Kids are United' which is about as slow as it all gets. Both Depresija and Stres D.A. remind me slightly of some of the UK bands from the mid to late 1980s, e.g. Heresy, Ripcord etc. where the aim was apparently just to play as fast as humanly possible, although with all three bands the influence of Discharge is also pretty much undeniable. I don't think Depresija ever actually played any gigs and the whole thing seems fairly short lived given that they had split up before the end of 1984, which has probably contributed to the fact that there are even less photos of the band available online than other bands from Slovenia. 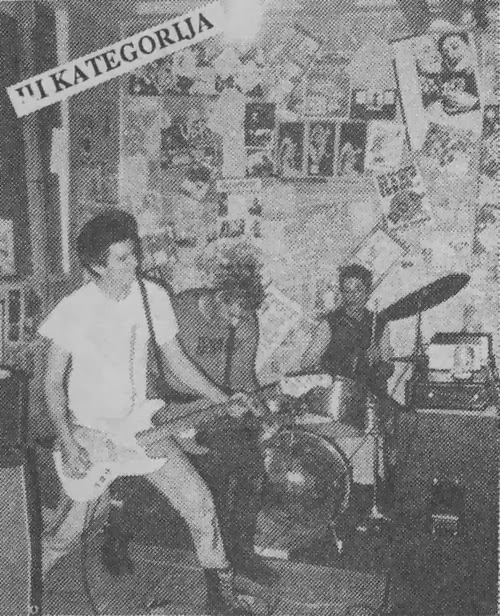 III.Kategorija are by far the best known band of the three, largely thanks to the songs featured on the Hardcore Ljubljana compilation. The name translates as 'Third Category', which refers to the lowest quality of meat, a metaphor for 'the lowest scum of people' according to Kuri, with their original name, 'Meso Tretje Kategorije', even more explicit in this reference. They were formed in late 1984, this time with Ukmar on drums and Dare on vocals, and played a couple of gigs in Ljubljana, one with Pandemonium. The lineup and sound change came later in 1985, with the first demo recorded at the Borut Ćinć studio in Ljubljana and consisting of 9 songs, which are all included here. These are the best set of songs on the record, as not only do they benefit from the quality of the recording, they're some of the best structured efforts. There's obviously a noticeable continuity between each of the bands, but these songs in a way feel like the culmination of Bucko and Kuri's efforts and at the very least justify the reputation that the band has, although in reality, like a lot of the other ex-Yugoslav bands, they're stupidly underrated, as hardly anyone has actually even heard of them. Watch this video and try telling me they're not better than the third tier crap from elsewhere that people actually pretend to like.

Seriously, how good is it?! There's just so much to enjoy, like how you basically can't see what's going on half the time, the clothes, the hair (except for Kuri's effort which manages to give a sinister foreshadowing of nu-metal), the people moshing like wankers,  the displays of affection, that neckerchief and how good Dare looks in general, the kid having such a great time at the front. I love it.

The LP comes with some information which helped in writing this entry and most of the pictures were just scanned from the record. It also has an inlay with lyrics to the songs, but they're all in Slovene. I'm actually going to be moving to Ljubljana for a few months at the end of February to try to learn the language, so hopefully I'll be able to talk in more detail about some of the lyrics soon, and hopefully I'll have some more stuff to say about these bands in general.